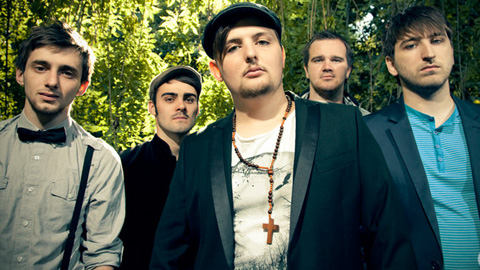 The People The Poet

The People The Poet are from South Wales. Their highly anticipated debut album 'The Narrator' was released in Nov last year.
âThe Narratorâ is written entirely around personal life stories sent into the band by their fans. These stories cover a wide spectrum of experiences and emotions, through the joy of fatherhood ( Stabilisers (I Will Be)) to the pain of losing a parent (Nobody Else Like You - featuring a guest vocal from legendary British singer/songwriter Francis Dunnery).
THE PEOPLE THE POET GIGS AT CLUB FANDANGO