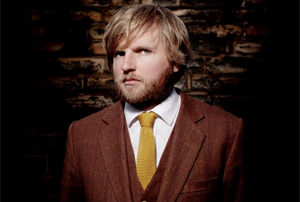 Tom Hickox is a man from North London with a serious head on strong young shoulders. Compared on the odd occasion to Nick Cave and Scott Walker, his is a world of slow-moving melodies and mournfully outraged orchestrations, as captured in wholesome depth on imminent album 'War, Peace And Diplomacy', released on fierce panda on February 24th.
TOM HICKOX GIGS AT CLUB FANDANGO
TOM HICKOX
THE HOSTS
I AM IN LOVE
@ The Black Heart