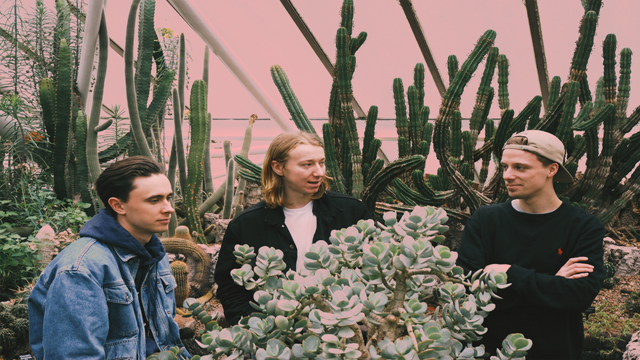 Rejoice yet again, indie kids â HAVOC 4 is heading this way. Brought to you by the tin-swigging scoundrels behind fierce panda, Club Fandango and Disorder promotions the HAVOC 4 night showcases four sparkling new bands in a shadowy old back room at the vivacious Victoria pub. This fourth Havoc night comes crashing down in the middle of the festival season and looks very much like this:

ALPHADUKA (onstage 10.15pm) are from South London and make lovely elegant psych-pop which makes like Lotus Eaters â not quite literally - eating themselves. Their casually effervescent âAlphadukaâ mini-album comes out on fierce panda on August 5th. Facebook

AFFAIRS (onstage 8.45pm) are from Manchester and make gigantic synth-based stadium indiepop with an acely old school frontman who moves like Gareth Bale crossed with â80s-era Morrissey. New single âRunawayâ is on the run right now and expect a fierce panda singles club single release in the Autumn. Facebook

485C (onstage 8.00pm) are from the far, far east of London and make brighteyed guitar-flinging noises with a sultry topping. Tonight is the launch of their own fierce panda singles club digisingle which is called âSheâll Lieâ and lasts for precisely two minutes and 31 bloodthirsty seconds and is released on August 12th. Facebook