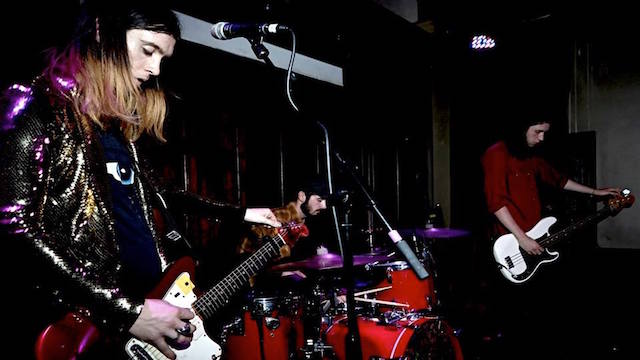 ** CLUB FANDANGO CELEBRATES 15TH BIRTHDAY AT BIRTHDAYS! **
** MAN MADE BRING THE GLAM TO THE SLAUGHTER! **

So on March 7th 2001 Club Fandango ambled into the shadows of the London gigging netherworld with its debut gig at the Dublin Castle in Camden Town. Fifteen years, one day, hundreds of shows and several millions lifetimes of promoting palavers later the Fandango teamsters are teaming up with the roustabouts at fierce panda records and Disorder promotions at their monthly gigging shebang to celebrate that 15th birthday at, of all hecking venues, Birthdays in Dalston, with some of their very favourite new bands, as per this hoopla right here:

MAN MADE (onstage 10.15pm) are Nile, Callum and Scott from up in the North of England and they play stompingly upbeat indierock with a glint of glam and a hint of a shimmy of stardust in their hair. Man Made have made their debut album 'TV Broke My Brain' which will be released via Kobalt Music on April 15th, and tonight is but an early show on a gigantic UK tour which you can sniff out at www.facebook.com/manmadeofficialband

WHITE GIANT (onstage 8.45pm) are Kieran, Liam and Colin from the middling lands of Englandshire and they make a noise which is energetic, groovy and loud with a kind of dark, dancey edge. Current Label Fandango single 'Knife' nails the essence of their quietly sensational sound, mixing a flash of Foals with a pinch of Placebo amidst the richocheting guitars.
www.facebook.com/whitegiantmusic

ZAK ROLAND THOMAS (onstage 8.00pm) is a singing songwriting type from Swansea with an urgent and expressive percussive style and vigorous vocal skills that have been seen as more reminiscent of US emo than traditional UK troubadour antics. Pudding-shaped proof lurks in Zak's 'Zak' EP which is out now via www.facebook.com/zakrolandusic