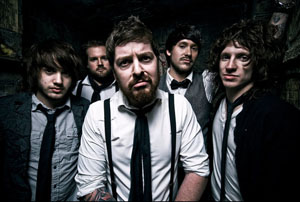 Feed The Rhino are live, loud and undoubtedly have a sound that will crawl up the back of your neck and leave you quivering. The 5 piece were signed to In at the deep end records and the record was released in June 2010 to a flood of rave reviews including 4 k's in Kerrang, 8/10 rock sound and 9/10 from Metal Hammer.
FEED THE RHINO GIGS AT CLUB FANDANGO
TRC
FEED THE RHINO
HEART IN HAND
POLAR
BROTHERHOOD OF THE LAKE
MALLORY KNOX
@ The Bull & Gate