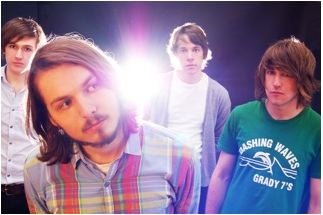 Airship started in the suburbs of Manchester 2004. The 4-piece have a sound that can be compared to the pop melodies of The Cure, '90s alternative American indie and good, old fashioned songwriting. The band, now in their late teens, are more like a band of brothers rather than a band of just musicians, creating interesting pop and rock songs with uplifting live performances, guaranteed to have you singing along to the catchy vocal hooks and musical melodies throughout the gig and beyond.
AIRSHIP GIGS AT CLUB FANDANGO
JACQUES LABOUCHERE
FOUR THOUSAND ISLANDS
AIRSHIP
THE MICRODANCE
@ The Bull & Gate