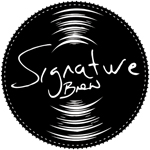 Our two greatest passions are music and beer. Signature Brew brings them both together. Music provides the drive for making beers that are challenging, engaging and refreshing.

First and foremost we want to make beers, inspired by music, that we are proud of and love drinking. That is the beginning and end, of why we run Signature Brew, but let's fill you in on the inbetween...

Signature Brew began life as a three man (Dave, Tom & Sam) crusade against the monotonous nature of the beer at all the gigs we had played, and been to, over the years. When the music on stage was a labour of love and art, we didn't want to enjoy it with passionless, uninspiring and insipid lagers.

All throughout 2012 we worked night and day to get the beers into venues and music pubs. Reaching out to more artists we loved like Frank Turner, Dry The River and Enter Shikari to join in and work with us on their own creations. Introducing and converting thousands of music fans to proper craft beer along the way, whether at small acoustic shows or taking over the bar at some of the UKs leading music venues. At turns either brewing small batch experimental beers on our nano brewery setup in Hackney or on the much bigger kits we could gypsy brew at around the UK.

By the end of 2013 we had ten collaboration beers under our belts, cask, keg and bottles across London, a new bigger HQ, shipments of beer across Europe, and exports to America. The next step was obvious, getting out from behind the proverbial mixing desk, and on to the stage for ourselves, we began to brew our own Signature beers....