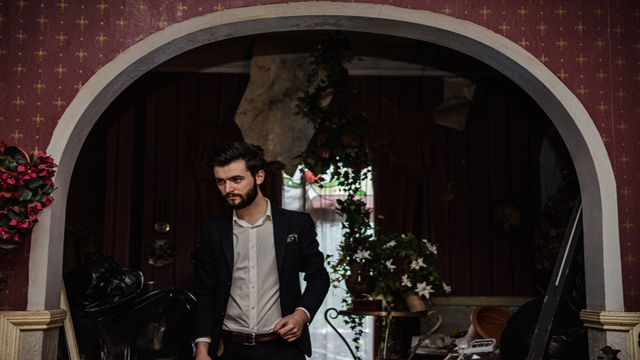 Charlie Barnes If you believe that certain things are simply âmeant to beâ, then the coming together of Superball Music and singer/multi-instrumentalist Charlie Barnes mustâve been concocted in the cosmos light years ago. For both parties, Mancunian progressive rock heavyweights Oceansize and Amplifier have been hugely influential to their chosen paths, and where Superball ultimately signed both groups, so Barnes has gone onto work with the latter as a live and occasional studio collaborator, before hiring Steve Durose â a man famed for his work with both bands â to produce his debut LP, More Stately Mansions.

âSteve's been a big influence on a lot of my decisions about song writing and direction over the last few yearsâ Barnes says. âI don't think I'd fully realised the importance of a good melody until I started spending more time listening to music with him. We started passing basement demos back and forth between us, and it was his arrangement for the choir part at the end of âSing to God' that made me and the other guys in my band realise we needed to dramatically up our game.â Disorientating and captivating in equal measure during early appearances in Student Union bars and basement venues either side of the Pennines, as well as at European festivals Melt and Reeperbahn, the Leeds-based artistâs early performances took on the guise of a man vs. machine solo rock opera. Songs were constructed on stage as he writhed about on his stool like Silver Apples on uppers - the transmissions from his web of loop pedals, keyboards, pads and samplers seemingly coursing through his bodyâs contortions. More Stately Mansions hasnât changed the process much, itâs just that â as he puts it â âthe extra pairs of hands arenât channels on a loopstation or sample libraries anymore, theyâre owned by other people with their own ideas.â Mostly recorded at Chapel Studios in Lincolnshire, with vocals put down in an isolated cottage in the middle of Wales, More Stately Mansions deals with unashamedly bold brush strokes. Songs like âSing To Godâsâ gossamer strings strike delicately amidst rumbling percussion and several moments of histrionic guitar malevolence that recall those aforementioned teenage influences; the title trackâs layered vocals hark back to Queen in their mid-70âs pomp, while âMacbeth, Macbeth, Macbethâ rises and falls on a series of scything post-hardcore riff acrobatics.

âI've never really been interested in stuff that just stays on a level and sits in the background,â Barnes admits. âI like music that really commands your attention and listening, and for me that's very rarely music that doesn't have a sense of width to it. I'm never happy with the idea of just doing the verse part again and then the chorus part again and cracking on with the next song. I always want to explore the ways in which things can continually build and then be knocked down.â All of this is cut through with a climactic vocal that bores out vestiges of Jeff Buckley, or even Freddie Mercury, delivered with an overwhelming sincerity that goads its audience out of apathy and into a reaction, an expressive way of performing that Barnes has embraced since childhood. âI remember being seven years old and hearing the first few bars of 'It's a Hard Life' by Queen and being completely blown away by how Freddie Mercury's voice holding those huge, intense notes made me feel. Iâve certainly had an aversion to the trend of singers who would heavily manner their voice to sound unique or idiosyncratic too; Iâve always found it incredibly powerful when a human voice is creating the emotional drive in a piece of music.â

It all adds up to a maximalist ethos to writing; but his is far more nuanced than simply a kitchen sink approach. In some ways the latter half of the album reveals fare more thematically than the former, the pared-down âHouseâ and the deft, breathy âFilmâ distilled down to little more than vocal and piano. Their contrast with the opening tracks suggests a typically restless mid-20âs record by an artist adjusting to adult life and lamenting the passing of youth, with some of these songs stretching back seven years. However, overshadowing that narrative thread is Barnesâ loss of his mother when aged just 15, the record unavoidably influenced by that sadness and the period of adjustment that will forever be ongoing. âThe whole point for me has been to write about my own life, to let it all out. Put simply, I write about what I think about, and how canât this be something I think about every single day? I guess it makes my music more sentimental and less self-aware than a lot of indie rock - but I don't think I'd want to write any other way.â 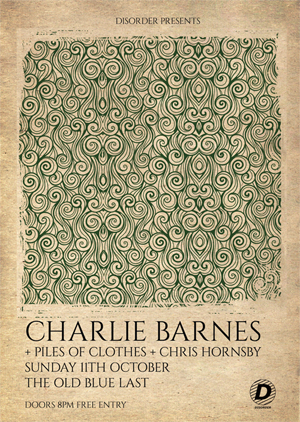