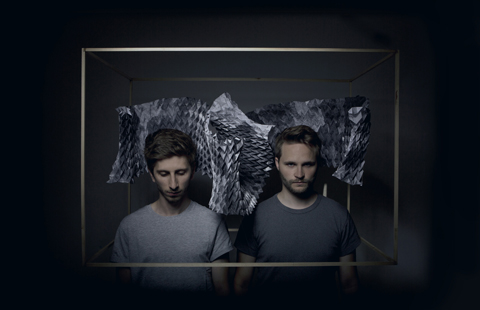 Deafkid is a duo consisting of musicians and producers, Christopher Lockington and Florian Sauvaire. The sound is a blend of the electronica, experimental and pop genres.

The latest release, âDialectsâ, is a self released EP, featuring 4 new original tracks, set for release on 6th October, supported by the bandâs first UK headline shows in October and a series of European dates in late November.

Previous single 'Vigilante'/'Horns' was released on Tape Club Records and greatly raised the profile of the band, receiving plays on BBC 6music from Lauren Laverne, BBC Radio 1 from Ally&Jen, Phil&Alice and Huw Stephens, along with press from NME, Clash, DIY, and numerous blogs from around the globe. Live, the band have supported STRFKR, Amateur Best, Fyfe, Emika, Sivu, Vessels and Embers in London.

Their debut release, AA side single, âTalk/Pigâ, featured as Zane Lowe 'Next Hype' as well as being championed by NME Radar and as Clash 'Track of The Day'.

Deafkid recently partnered with two promoters in Germany and Switzerland, undertaking a headline tour in those regions in the autumn, paving the way for building a future fan base on the continent.

ââLike a ghostly, more winsome version of Alt-J at their melodic best.ââ NME
ââSplicing together elements in a seemingly carefree fashion.ââ CLASH