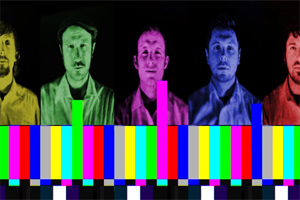 Man Ray Sky are a group of humans who came together in 2007 to make sound. More specifically they are a band who use a basis in improvisation and noise to create melodic songs. They use the standard drums, bass, guitar, vocals set-up to make their music but also try to disassemble and dissect the traditional notions of creating music as a live band. Man Ray Sky also like to employ elements of electronic music into their sound.

The band released their first EP via Beatabet recordings in 2011 and then took a year off to write and record their dÃ©but album in Norway. They are now putting the finishing touches to this album and are looking to release in late 2013 or early 2014.

Man Ray Sky have played with numerous bands large and small, perhaps the best known being The Besnard Lakes in 2012 and earlier they were asked personally by the head of ATP records and members of the band to support Deerhoof, which was a very fun experience. The band members don't like to talk about themselves too much as they prefer to allow their music to do the talking for them but if you would like to know the names of the five members they are: Andrew Aruldoss, Mark Nathan Benton, Mike Shirley, Gee Sowerby and JS Thornton. They are often accompanied by part-time collaborators Ed Chivers, Jules Arthur and other sound makers and visual artists from the extended Beatabet crew. Man Ray Sky are excited to bring their new recordings to the outside world as soon as possible and play their new material live to as many people as possible. The band also have some exciting plans up their collective sleeves for the not too distant future so keep your eyes and ears open for interesting developments in the Man Ray Sky universe.