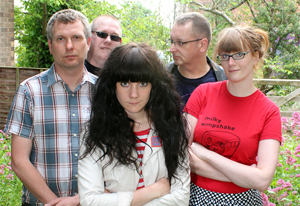 The Flatmates were part of the mid-1980s British indie pop boom and also part of the Subway Organization, a Bristol record label formed by Martin Whitehead, who was also guitarist and main songwriter for the band. 'Shimmer', released in March of 1988 as the fourth Flatmates single, was the band's biggest hit, reaching #2 on the UK Indie Chart.
THE FLATMATES GIGS AT CLUB FANDANGO
THE FLATMATES
COLD PUMAS
KOGUMAZA
FISTS
@ 229