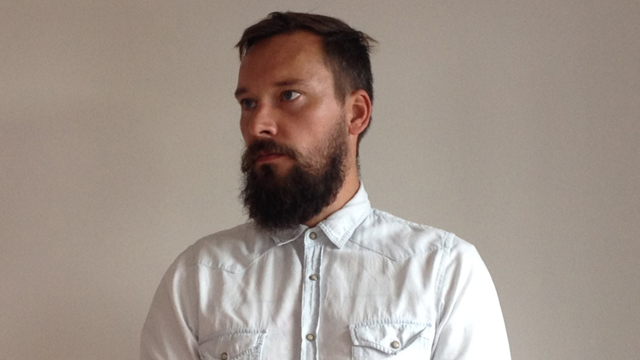 A. Dyjecinski : The Artist Currently Known As A. DYJECINSKI is an enigma wrapped up in a ball of gently mysterious wool. What we know is brief, and to the point: his first name is Artur; he is originally from Canada; 'I'm The Woods' is his first single as a solo artist; it sounds warmly mournful and woefully melodic, classic slow-burning emotiveness laced with distorted guitar and sealed with the saddest of trumpet kisses. Oh, and Dyjecinski is pronounced "Dee-yeah-chin-ski", and this is his creative story...
"I went on a journey to see how remote I could live, how much solitude I could find. The concept of trying to be lonely doesnât register with many people. To be lonely has so much negative connotation. But what if you canât be lonely? What if no matter how hard you try, there is someone there; people everywhere, and no matter how far out you go, there is someone further, or simply in your mind. And how can I sustain life in these places? The middle of the Atlantic is as remote as it gets, but you canât live there. Maybe for weeks, months, but not years. I soon began to realise that I am failing at my journey (or the point of the journey was changing), that even when physically alone, my thoughts were always in company. Or perhaps the observation itself was the point. The album is about failure of solitude and loneliness. The songs are the autobiographical stories.
"If the concept behind the album was to find solitude, so the methodology should follow suit. I bought a Tascam Reel to Reel, the centrepiece of my home studio, a drum kit, a trumpet, a bass, keys, viola and began to track every instrument myself to tape. Hoping any naivety on the respective instruments would translate to something interesting. When the songs neared completion I thought that in order to drive the point home: Despite physical solitude, the weight of everyone I have ever known still stands with me.
"With this project I believe Iâve scratched the surface of what will become the beginning as a solo writer after a life of recording, producing and playing in many projects. I am also currently the front person in Dracula Legs."
A. Dyjecinski will be creeping out of the shadows of solitude to launch 'I'm The Woods' here:

A. DYJECINSKI GIGS AT CLUB FANDANGO 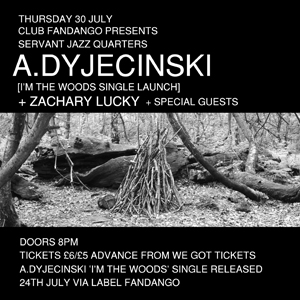 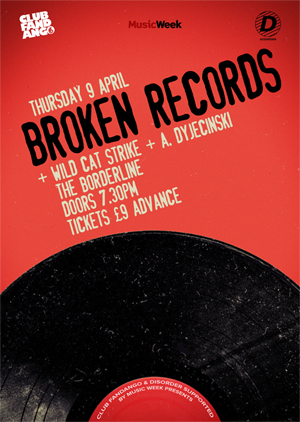