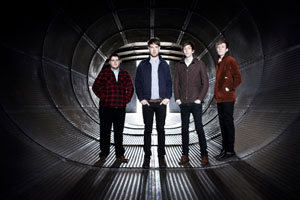 Films Of Colour produce swooning, layered indie, and describe themselves as: The light to the shades. The dark to the brightness. Now that we have cleared up what these chaps sound like, (for the poetically challenged amongst us; Boy Kill Boy arguing with Bloc Party on a sodden, windy British beach, over their favourite Coldplay track), all that needs to be said now is that this London four-piece have been steadily gigging around the country for the past 18 months, and recently spent some time at Air Studios, laying down some new tracks in preparation for their forthcoming debut single- due out 4 Oct 2010.
FILMS OF COLOUR RELEASES