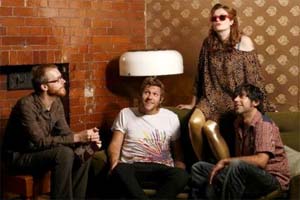 Sounding like a cross between the Yeah Yeah Yeahs, Pixies, The B-52s and PJ Harvey, missdavinalee reside snugly at the gorgeous musical intersection of warm-hearted, tail-wagging pop and darker, indie sub-punk without ever getting too serious about it all.