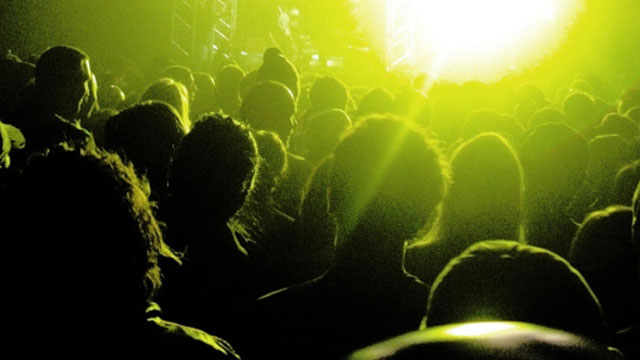 Melanie Pain delivers confessional folk-pop chansons in English and French with the coy, breathy vocals of an ing?©nue, M?©lanie Pain has the sort of oeuvre and style that inspire descriptions like Äúsugar and spiceÄù, Äúnaughty but niceÄù. As one of the main voices of Nouvelle Vague since their first album in 2004, she seduced audiences with sassy sweetness on originals and covers like This is Not a Love Song, Teenage Kicks and Dance with Me

As a performer, the distinctly chic M?©lanie Pain has held her own in both grand spaces (Paris Olympia, Royal Albert Hall) and smaller venues (sold out London Jazz Cafe).

After releasing her debut album "My Name" (2009) in France, UK, Australia and Asia, and touring internationally for 2 years, M?©lanie secluded herself in Manchester to write new material with only an autoharp, miniature casio keyboard and a ukulele. Back in France she teamed up with reknowned producer and composer Albin de La Simone (Vanessa Paradis, Iggy Pop, Keren Ann) to record her forthcoming album.

Staying true to her style of retro pop, but pushing further towards a more exuberant, feisty sound with programmed beats and distorted vintage synths, M?©lanie is now on the road with her second album : "Bye Bye Manchester", Released on Fierce Panda Records on 29th April 2013