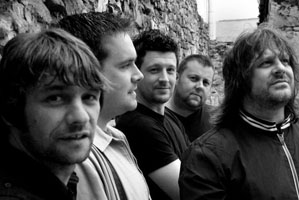 Pocket Venus are a rock band from Conwy in North Wales. The band formed in 1998 and toured the UK extensively, hailed as the one of the best unsigned bands of their time they achieved critical acclaim both in the UK and abroad.
ARTIST LIVE SHOWS
The Borderline
Thursday 26th January 2012
MAILING LIST
Sign up to our mailing list here