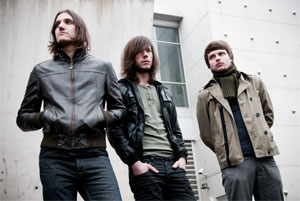 Two Skies are a Sheffield 3 piece that are as indebted to heavy groove as they are to slower paced psychedelia. Embracing the DIY ethic of self produced recordings, their debut EP was released in March 2010. ''Two Skies are a band with a sound that can, and no doubt shortly will, fill bigger venues. Much bigger venues.... I would strongly recommend you get them seen before they explode onto the bigger stage.'' TASTY FANZINE
ARTIST LIVE SHOWS
The Bull & Gate
Thursday 14th July 2011
MAILING LIST
Sign up to our mailing list here