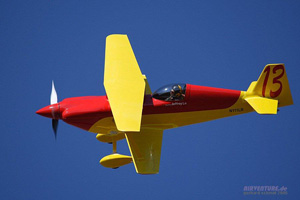 The Truth: once upon a fairytale Club Fandango was launched upon an unsuspecting gig-going public on a Tuesday night at the Dublin Castle in Camden Town in March 2001, ie way back when even the hearty Tuesday eve likes of Artrocker and White Heat were mere twinkles in their promoters' eyes. Roughly 400 Tuesdays at the Dublin Castle later Club Fandango finds itself lurching into 2009 indelibly inked on the live music ordnance survey map by virtue of sheer bloodyminded persistence mixed with the odd supergreat gig. You were there in your droves for Arctic Monkeys, Death Cab For Cutie, Keane, Bloc Party and Kaiser Chiefs. We were there on our own for Mister Bastard & The Snotting Buttpunchers. We all went home happy.

Rather merrily, the first Tuesday of each and every month sees the recently remotivated fierce panda live arm Club Panda twitch into jitterbuggin' life down Fandangoway. And so it is that 03.03.09 witnesses a triple whammy promotional hoedown with the Panda and the Fandango joining forces at Club Fandango's eight birthday party. Got that? Good. Now get this: in the true tradition of our haphazard booking philosophy since those hazy days of the early '00s we have assembled a mentally eclectic bill. And that mentally eclectic bill looks something very much like this…

THE FIRE ESCAPES (onstage 10.15pm) are four boys and one velvet-toned girl vocalist who play otherworldly melodic pop with a frazzled guitar noise and a classic psyched-out nous. And they mention The Wolfhounds on their myspace. Shimmy shimmy shango they're playing Club Fandango indeed…
www.myspace.com/thefireescapes

A SILENT FILM (onstage 9.30pm) are Fandango (ir)regulars from Oxfordland who build epic'n'electric indiepoprock towers with guitars and a piano and a few blocks of melodic concrete they found lying around the rehearsal room. Their debut album 'The City That Sleeps' came out to many media hugs last autumn and tonight they promise a welter of new tunes to accompany the belter that is 'You Will Leave A Mark'.
www.myspace.com/asilentfilm

GOLDHEART ASSEMBLY (onstage 8.45pm) are shiny new Fandango favourites by virtue of a terrific New Year appearance at this very venue where the neatly bearded fivesome delivered a set of alt.folk-country.pop with beaming smiles and dreamy harmonies. Plus bonus top trumps for having one vocalist who is the spit of ELO's Jeff Lynne circa 'Roll Over Beethoven'.
www.myspace.com/goldheartassembly

DUOLOGUE (onstage 8.00pm) are four London-based youths with a seven year glitch, dallying with Radiohead's freeflowing creativity and the glacial post-apocalyptic pop chill of Bark Psychosis. And we don't write that every day…
www.myspace.com/duologuemusic