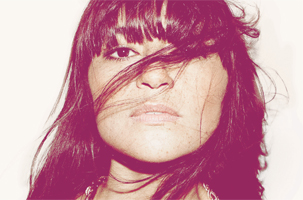 Elisapie After the adventure of Taima, Elisapie released There Will Be Stars in 2009. An eloquent portrait of the past, present and future of her muse, the North, the album gave rise to a massive 150-date tour of Quebec, the rest of Canada, and the United States. To date, it has sold over 25,000 copies.

Strong following this first solo experience, in autumn 2012 Elisapie will unveil a new album and show entitledTravelling Love. 'Love cannot be owned. It is something that is always moving, always flowing. That?s what I mean by 'Travelling Love'," explains Elisapie.

Accompanied onstage by four musicians, the rising star of "Polar Pop" will perform, among other works, songs from the new album, with its organic pop sonorities, its intermingling of English and Inuktitut, the poetry of the north making a fascinating foray southward.
"With Travelling Love I allowed myself to be impulsive, to create without fear. To accept one?s weaknesses and clumsiness, and to confront them, can sometimes be beneficial," Elisapie confides. The album further explores the duality between sensitive woman and ferocious spirit that lives within Elisapie. The stage show promises magic moments in the company of this jewel of the North and her musicians. Elisapie, who won the Ambassador Prize at the 2011 Teweikan Awards for her work throughout Canada. On September 27, 2012, she will receive the Eval-Manigat prize from the SPACQ Foundation, in the Multicultural Song category.