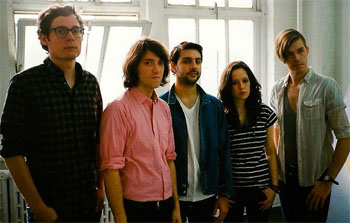 Ravens & Chimes met when they were forced to ride through a haunted house in the same trolley. By the end of the ride they had written and recorded their first 7''. They spent some time up in Montreal recording their first album in the mighty Hotel2Tango with Howard Bilerman. They got signed, toured, went through various trials and tribulations. They just finished our second album and are making plans before it comes out.
ARTIST LIVE SHOWS
The Bull & Gate
Tuesday 27th November 2012
MAILING LIST
Sign up to our mailing list here