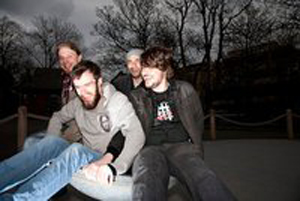 The Darien Venture have spent the first couple of months of 2010 focusing on mixing their second EP with Paul Gallagher (Galchen) at his new studio. Highlights of the year so far include a nomination for best newcomer at the Scottish Alternative Music Awards, and being confirmed for Hinterland 2010 in April (the band's debut festival appearance).
ARTIST LIVE SHOWS
The Bull & Gate
Wednesday 28th July 2010
MAILING LIST
Sign up to our mailing list here