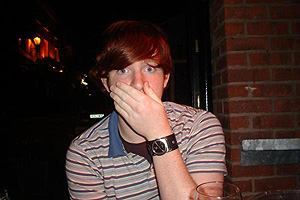 Sam Isaac is a sensitive young man with a band who has spent the past couple of years releasing great little singles and, yÄôknow, playing great little festivals and, like, developing his muse. Now out of exam hell Sam is stepping on the 2009 gas with the bright-eyed pop bolshiness of ÄòCome Back Home TonightÄô hitting the single racks on March 9th. And if we needed any more of an excuse to have Sam on at a fierce panda night, rejoice in the fact that his imminent debut album is called ÄòBearsÄô. Respect.
SAM ISAAC GIGS AT CLUB FANDANGO
THE SPINTO BAND
SAM ISAAC
@ Bucks Students' Union