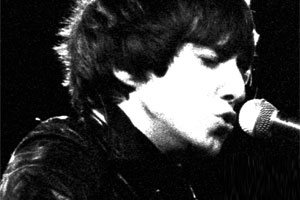 Eugene Mcguinness is joined by his band The Lizards to celebrate the release of new EP on Domino Records. Born in London, with an Irish upbringing, his debut mini album received ecstatic reviews, and the video for his Jamie And The Magic Torch-inspired video 'Monsters Under The Bed' had half-a-million views on YouTube.
EUGENE MCGUINNESS GIGS AT CLUB FANDANGO
EUGENE MCGUINNESS
ANNA CALVI
ED SEED
@ The Bull & Gate