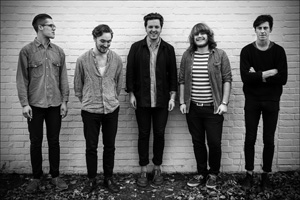 Spry are a five-piece alternative folk band from London that balance huge arrangements with delicate stories. They have just released their first single 'Sand Devils', along with the re-recorded 'Glass Between Your Toes' on SoundCloud. They took a break from London to record four tracks at the infamous Sawmills in Cornwall, home to such albums as Oasis's 'Definitely Maybe' and Muse's 'Absolution'. With four of five members of the band originally hailing from Cornwall, they couldn't have been more comfortable recording their debut tracks in a studio on the river surrounded by rolling hills.
ARTIST LIVE SHOWS
Buffalo Bar
Tuesday 13th August 2013 The Shacklewell Arms
Tuesday 12th February 2013
MAILING LIST
Sign up to our mailing list here