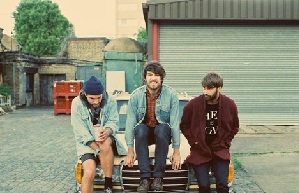 Die Mason Die are the brand new group based around enigmatic 21-year-old Samuel Mason; Welsh-born, raised in Australia and now residing in London. The band will be releasing their latest single ÄòYouÄôre LonelyÄô on 9th September through Young & Lost Club. Mason began work on the bandÄôs early material in 2011, during a six month odyssey back to Australia. He joined 11 others on a journey from London to Sydney - aboard a customized 1958 double-decker bus - as part of a cult travel documentary, which is due for release later this year.
ARTIST LIVE SHOWS
Buffalo Bar
Tuesday 13th August 2013
MAILING LIST
Sign up to our mailing list here